The Heirarchy of Angels is a vast and much debated subject.

I have scoured the internet, read numerous books and articles, compiling all the information for you here in one place!

This is a comprehensive collection of the 9 Choirs of Angels and I have to admit that this was not so easy find :)

In true Woo Woo Diva form, I have organized this is an user-friendly manner, plus I added some extra tidbits provided by Spirit. 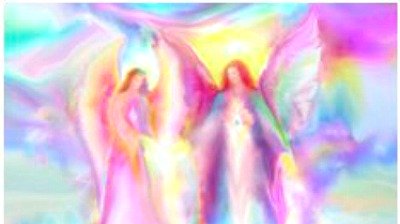 Thank you Glennys for the use of this beautiful pic!
www.anaheart.com

There are Nine Choirs of Angels...

In the Hierarchy of Angels the Seraphim are at the top. They are the closest to the Divine, which means they are also the furthest away from humanity, as far as their vibration goes.

The Seraphim, emit the pure Love essence. They sing the praises of the Divine and direct/filter the pure Source energy down.

They have a dynamic, intense energy, with the ability to purify and enlighten humans.

This First Choir of Angels are the guardians of the Palace of Light, God Source and Divine Love.

Seraphim is a Hebrew term for "Burning Ones" and they are often seen as radiant light that could be described as flame.

Along with the Cherubim, they constantly chant and sing the Divine's praises.

The Second Choir of Angels are the "Angels of Wisdom". They are the guardians of the stars and the celestial heavens and maintain the "Record of Heaven", which I understand to be the Akashic records of Heaven (and I did not know that existed).

The Cherubim guard the way to the Tree of Life and also protect the earth against destructive events. (They are the ones to call on for protection from natural disasters.)

These are the singing Angels and they constantly sing the praises of the Divine. Their voices can be heard ringing out throughout the "otherside" (or the heavens, if you prefer that term).

Along with the Seraphim, they assist with filtering down the Divine energy.

Just a side note; Lucifer, the fallen angel, was a Cherubim.

In the Hierarchy of Angels, the Thrones are the Third Choir.

They care for, and guard, the planets while carrying out the Divine's orders, since they have full Divine knowledge.

It is said that they are God's transportation.

Very little was discovered about this group in my research. That's all I have for now but I am still looking :)

The Fourth Choir of Angels are the Dominions. They hold the energy of mercy.

They oversee the entire angelic realm that exists below them, keeping track of the workforce so to speak.

They are responsible for assisting humans to have a smooth transition over to the otherside. 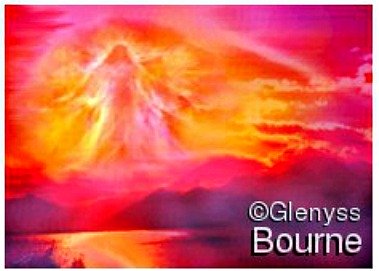 The Virtues are the Fifth Choir of Angels in the Hierarchy of Angels and they are the next step in the Divine Source energy being filtered down. In fact, the energy comes from the Virtues in a useable form for us humans. They are our direct link to Source energy.

The Virtues provide miracles, encouragement and blessings as they are human kinds cheerleaders

Grace, heroisim and patience are the traits asked for by humans, from this group of Angels.

The Virtues receive their orders from the Powers, and they are closely connected to the Saints as they watch over all of nature. That's a big job!

They also help us in our spiritual growth.

The Powers are the Sixth Choir of Angels and the "Lords of Karma". That puts them in charge of all things having to do with Karma, on many levels. They also maintain the border between heaven (the otherside) and earth by continuing to battle the darker forces, and they guide souls who get lost after leaving their body. Good to know they are on our team!

Another of their duties is to ensure that the Divine plan is played out, keeping the universe in balance as they are the "keepers of history".

It is said that the Powers are the "Bearers of Conscience".

In the Hierarchy of Angels, they are the Seventh Choir of Angels and they protect religions, nations and cities. Let's just say... any structure of a group of people falls under their domain and that is throughout the universe and not just here on earth.

They are managers for the Angels.

Also called the watchers, we are probably most familiar with this group and may even know some of their names.

I go into great detail on the 7 Archangels here.

The Eighth Choir of Angels oversee many projects of light. They carry out special assignments and guide important matters of humanity. They are the most important emissaries between humanity and your God of choice.

They work closely with humans and when called upon they are a great source of comfort.

I work with the Archangels regularly, almost as much as the Angels but not quite :)

In the Hierarchy of Angels, the Ninth Choir are the closest to humanity on a daily basis and this would include our Guardian Angels. They interact with us in our daily lives. Nothing is too small for them to assist with. Whether you are aware of them or not they are around us the most.

Here is an Angel chant and meditation... Enjoy!